About the poem:
Creative Process: In Book of Psalms, I mash up the Psalms in the Authorized King James Version of the Bible and the Marquis de Sade's The 120 Days of Sodom.

Inspiration: Poetry has become a kind of poverty porn used to gain empathy, clicks, and contributions from people by depicting exploitative imagery of poets living in destitute conditions. It has left many readers feeling uncomfortable, disconnected and guilty. Style is always a performance. There is a tendency, of course, to want to be helpful. As an artist, I seek to abuse readers out of these feelings. To comfort them, so to speak. Oftentimes, when I read poems by suffering poets, I steal the words, which means the poems I make are without the consent of the poets. A poem never lies about the poet. 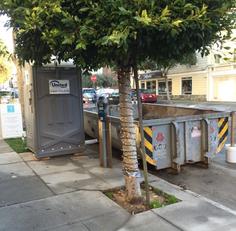 1. Why in former times would she impede respiration by constricting the neck of her
husband with her hands or by blocking the nose and mouth, but these days the people
imagine it vain that she deposits the man-pig between four mattresses and he suffocates.

2. The kings of the earth set themselves, and take rulers out and measure their cocks
together, against God; and annoyed, she says she allows a candle to burn out in her
girlfriend's ass; but tonight, she will attach her to a lightning rod during a thunderstorm
and await a fortuitous stroke.

3. She breaks men's hands asunder, and casts away her umbilical cords before birth; she
whips pregnant women's bellies, and perfects that passion by causing an enormous
weight to fall on a pregnant woman's belly, thereby crushing her and her fruit at one
stroke.

4. She that sits on a dead cop's face shall laugh: she adores burning gunpowder on the
cock, but has since improved her passion: she attaches a slender but attractive boy to a
large rocket, the fuse is ignited, the rocket ascends, then returns to earth with the boy still
attached.

5. Then she speaks unto them in her wrath to fuck, and vexes them in her sore pleasure:
she flogs their breasts and neck; refines her passion: she aims a blow of a crowbar at their
throat, it fells them forever.

6. Yet she sets her clitoris upon the holy hill of her personal Sybian.

7. She declares a decree: God has said unto her that she is his daughter from the day she
aborts her sons for pleasure.

8. Ask of her, and she shall give you abortions for your inheritance, and the lowermost
parts of her body for your use, a woman whose caprice consists in getting her ass fucked
and in nothing else, poisons all her fucks; she is presently on her twenty-second in ten
days. Never will they fuck her except in the ass, nor has she ever been fucked otherwise.

9. She shall break their rods with iron; she shall dash their balls to pieces like a potter's
vessel.

10. Be wise now therefore, oh ugly men: be instructed, she is a murderer, equally skilled
in alchemy and witchcraft, and uses a substance which causes death after inconceivable
torture; the death throes last a good two weeks, and no doctor has ever been able to
diagnose or treat the ailment. She takes the keenest pleasure in paying you a visit while
you are in the toils.

11. Serve Sade without fear, and rejoice with trembling.

12. Kiss your son, hard on the mouth, with tongue, and plot his perish in this way: abuse
his breasts to perfection, then poison him, and any man, infant or child, by letting him
suckle in desperation on your breasts. Your wrath to fuck will be kindled a little. Blessed
are all you put to death who put your trust in her.

1. How she is increased that break all the ugly men’s limbs, tear out their tongues, gouge
out their eyes, and leave them thus to live, diminishing their sustenance day by day, many
are they that rise up against her, and still she prospers.

2. Many there be to witness her; she secures an ugly man to a tall cross, binds him with
cords and leaves him there as food for ravens; there is no help for the ugly men in
society.

3. But she, a murderer, is also an armpit sniffer and fucker, she binds an ugly man hand
and foot and hangs him by a rope looped under his arms; she goes everyday to prick
some part of his body so that the blood will attract flies, his death is by slow degrees.

4. She laughed unto God with her voice, and He heard her out upon the holy hill of her
personal Sybian.

6. She will not be afraid of ten thousand people that have set themselves against her; her
passionate admiration for asses, which she now seals in an underground cave where they
have food to last three days; before leaving them, she inflicts several wounds upon their
bodies, thuswise to render their deaths more painful.

7. “Arise, O Sade,” she cants and demands that his satanic ghost fucks her and saves her
cunt from God, who, she remarks, is a pig: for she loves to fuck very youthful mouths
and asses, and snatches out the heart of a living girl, widens the space that organ
occupied, fucks the warm hole, replaces the heart in that pool of blood and fuck, sews up
the wound, and leaves the girl to die, without help of any kind. In which case she breaks
the dying girl’s teeth, for the fuck of it.

8. Salvation belongs to the murderers: there is no reason under the sun why one cannot
successfully bear a child even though one has a broken limb, and therefore she fractures
that unlucky creature’s arm that same evening. She slices off one of the girl’s nipples
after she has been well warmed by the lash and made copiously to shit. Her blessing is to
birth abortions upon her people, and to commit rape on everyone.