A Poem By A Cranky Old Fart

So very merry and raring, the millennial darlings
of American literature
lick their greasy placenta
like foie gras
and nearly faint when they contemplate
their own awesomeness.

They hop around surrounded
by pods of grab-ass homies, so PC
they pee themselves
and it takes some cheek muscles
not to hurl when they throw
their howler monkey shit

Their poetry is like a card trick
they can never quite get right, a skateboard maneuver
they continually bunk
but somehow still bow and thank
their fashion mag fans
of all colors
self-satisfaction hovering and fuming
like bean sprout farts
and clove cigarettes
in the most photogenic dive bars around.

The clever scenesters catch glimpses
of themselves in storefront windows and pretend
it’s a happy accident
practice smug juts, flip
actressy hairdos, rub their abs
like they’re hoping
a genie might jump out, search for their
asses in their skinny pants, see themselves
in tv commercials
and swell with validation, giggle
like girls at slumber parties, while even death
is a joke because they’re sure
they will never die, immortal
as vampires, the fast talking 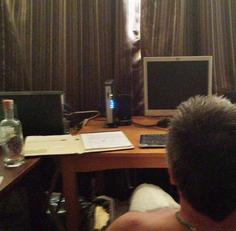 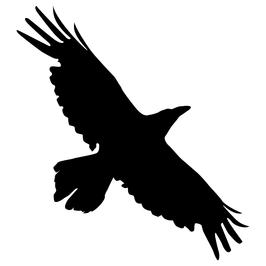 About the poem: I only write if something is really bugging me or really will not let me go. I drive a cab for a living and many of my poems start out as notes I jot down while I'm in my cab, from a story a passenger tells me or a narrative line I don't want to forget or a piece of imagery. After that, I throw them on my table next to the computer and typewriter and on some Saturday when I'm in the mood, I will go through them and try to make something out of them. I rewrite them, of course, usually several times. I never write if I don't feel like it, I never write because I think I'm supposed to, I never write just to call myself a "writer."  In the case of this particular poem, this did not come from my cab driving experiences at all, and I really don't think it needs much of an explanation. Young arrogant people, especially "artsy" types, are too much. The older I get the more they irritate me. I am now 45 years old and cranky as hell.